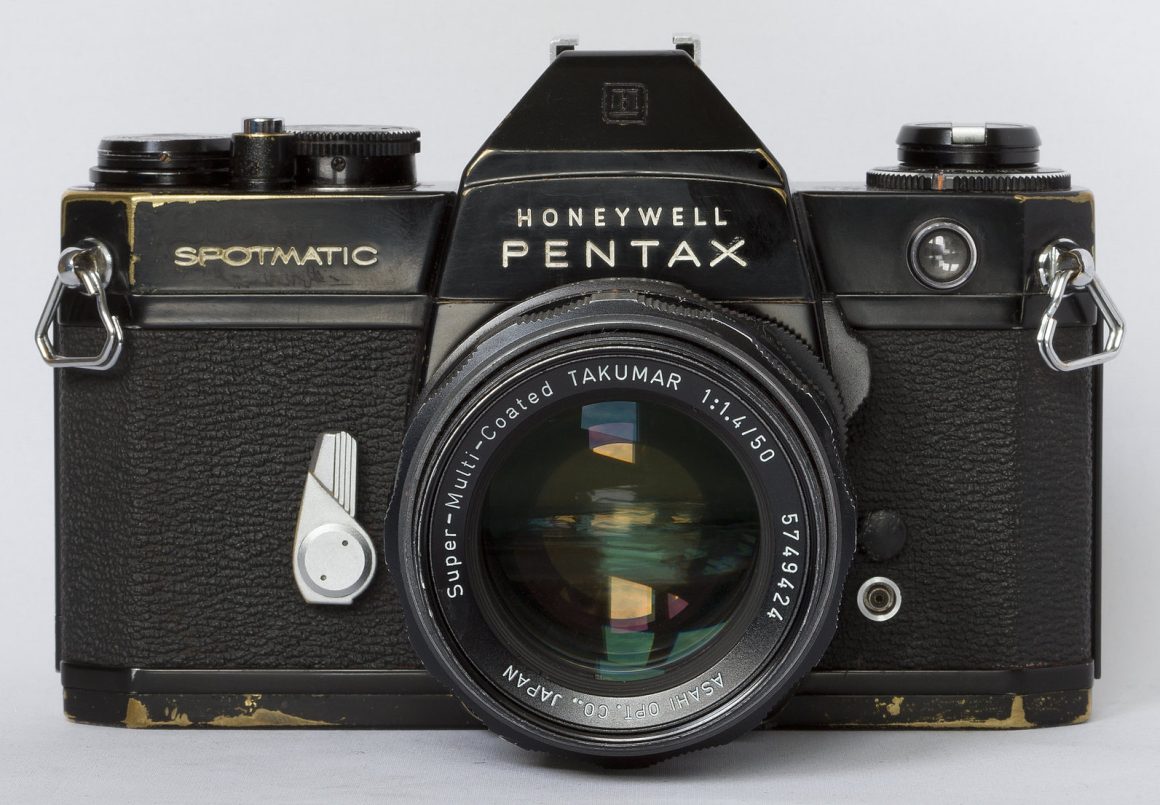 The Spotmatic Ila, with built-in Strobo-Eye automatic electronic flash sensor, is the basis of a totally unique flash system. This camera has every fine feature of the Spotmatic II except FP hot shoe sync.

A standard shutter cord connects an automatic Strobonar with the Strobo-Eye sensor. For the first time, you can be sure of good flash exposure with the Strobonar off-camera, even bounced, with absolutely no guesswork...

Honeywell Pentax Spotmatic IIa is the most advanced photographic tool on the market today.

With its unique Strobo-Eye you have the capability for automatic electronic flash... off camera or on... bounced or direct... from 2' to 40'... with a choice of f/stops.

There is no comparable system.

The Spotmatic IIa itself is an outgrowth and refinement of the original Spotmatic which introduced through-the-lens metering to the world of photography. Its stopped-down metering system is the most accurate method for perfect exposure determination. It also automatically gives you a depth-of-field preview. It is an averaging system for the easiest and most dependable exposures in typical picture-taking situations. This metering system has been refined and improved each year in the Spotmatic to a degree of accuracy unmatched in the industry.

The original Spotmatic was the most compact 35mm SLR made. The Spotmatic IIa retains that same traditional compactness and classic feel. It also is desiged for use with the accessories from the Pentax system, including all of the superb Takumar lens ranging from the ultra-wide-angle 17mm Takumar up to the super-telephoto 1000mm Takumar. The Pentax system can grow with you as your interests develop in any direction.

This is today's most advanced photographic system. Its unique automatic electronic flash capability, its superior Super-Multi-Coated Takumar and classical Pentax body make this a camera we are very proud to market.

EXPOSURE METER: Built-in meter measures the brightness of the ground glass, and couples directly to shutter and film speed settings. Film speed (ASA) setting ranges from 20 to 3200 (LV1-18 for ASA-100 film with standard lens). Meter is powered with a mercury battery.