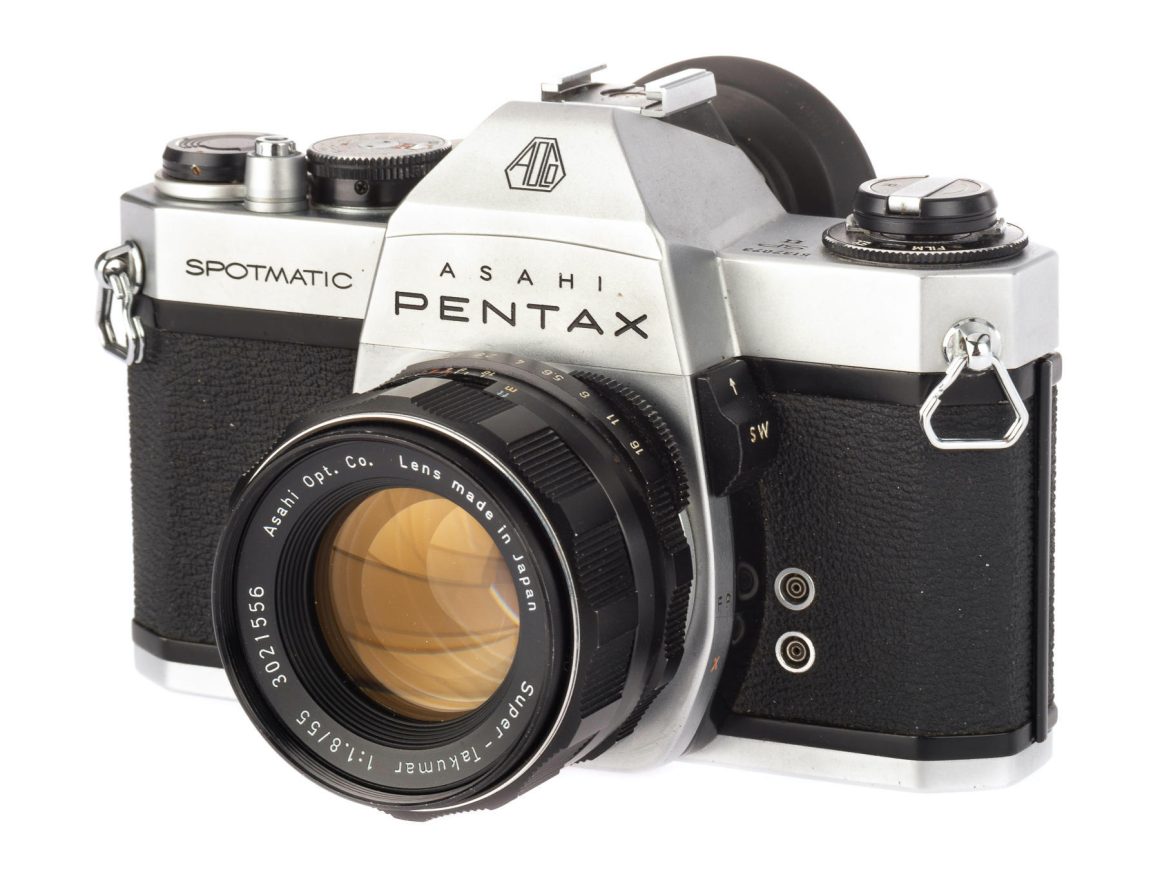 Your Asahi Pentax Spotmatic II is the finest photographic instrument on the market. The "Super-Multi-Coating" on the Takumar lens, developed by Pentax and available only on Spotmatic II Takumars, reduces flare and boosts contrast to a degree far beyond what was previously possible in optical technology. It is a tougher coating than is available on any competitive lenses and results in pictures with more detail and richer colours than is possible with any other system at any price.

The Spotmatic II itself is an outgrowth and refinement of the original Spotmatic which introduced through-the-lens metering to the world of photography. Its stopped-down metering system is the most accurate method for perfect exposure determination. It also automatically gives you a depth-of-field preview. It is an averaging system for the easiest and most dependable exposures in typical picture-taking situations. This metering system has been refined and improved each year in the Spotmatic to a degree of accuracy unmatched in the industry.

The original Spotmatic was the most compact 35mm SLR made. The Spotmatic II retains that same traditional compactness and classic feel. It also is designed for use with the accessories from the Pentax system, including all of the superb Takumar lens ranging from the ultra-wide-angle 17mm Takumar up to the super-telephoto 1000mm Takumar. The Pentax system can grow with you as your interests develop in any direction.

EXPOSURE METER: Built-in meter measures the brightness of the ground glass, and couples directly to shutter and film speed settings. Film speed (ASA) setting ranges from 20 to 3200 (LV1-18 for ASA-100 film with standard lens). Meter is powered with a mercury battery.

If you expect top performance, day-in and day-out in every situation, then the Spotmatic II is the camera for you.

The exclusive lens coating process lets you shoot into the sun and take strongly backlit pictures without flare and ghost images. You get sharp, crisp pictures with truer color and more detaiI under conditions you wouldn't even attempt with other cameras.

Other features of the Honeywell Pentax Spotmatic II include an X, FP hot shoe with shock-preventing safety switch; ASA range of 20 to 3200; a 20 or 36-exposure reminder dial; a sure takeup loading spool.

These exciting features were incorporated in the new Spotmatic II without sacrificing the Pentax tradition for compact size, classic design, the world's best metering system.

The full-format metering system reads the in-focus image on the ground glass made by light passing through the taking aperture of the lens - precisely the same light the film sees. Regardless of the focal length of the lens, you're sure of properly exposed pictures every time. This means you're free to concentrate on composition and the true creative aspects of fine photography.