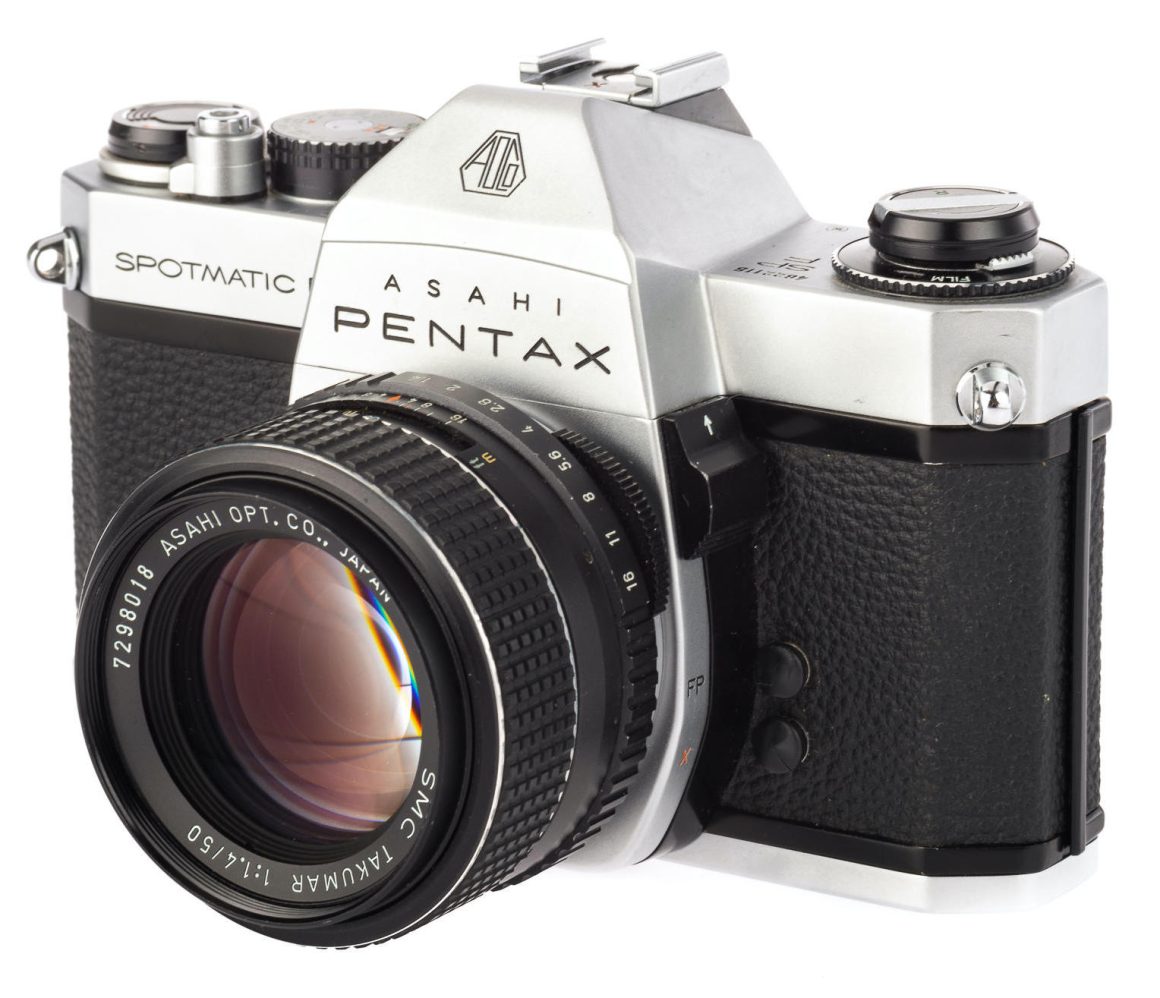 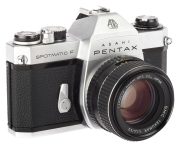 Pentax Spotmatic F is one of the finest photographic instruments on the market. This camera represents the culmination of Pentax research into the optical possibilities, needs and wants of both professional and amateur photographers 'round the world. And of course it is built to Pentax ultra-high standards of accuracy and durability, to guarantee you superb photographic results for years.

Two other improvements in the Spotmatic F concern the metering system - now activated by just the removal of the lens cap; and the shutter - which can now be locked against accidental release.

The Spotmatic F continues the Spotmatic tradition of compactness and classic feel. It also retains compatibility with the entire line of 24 Super-Multi-Coated (SMC) Takumar lenses which reduce flare and boost contrast to give you greater detail and brighter colors than are possible with ordinary lenses. The Spotmatic F is compatible with the complete line of Pentax accessories - filters, Extension Tubes, Bellows Unit, etc. Altogether, it's a system that can grow with you as your interests develop in any direction.

FOCUSING: Turn the distance scale ring until the viewfinder image comes into focus.

The weight and dimensions are indicated for the camera body with the SMC Takumar 55mm F/1.8 lens mounted.