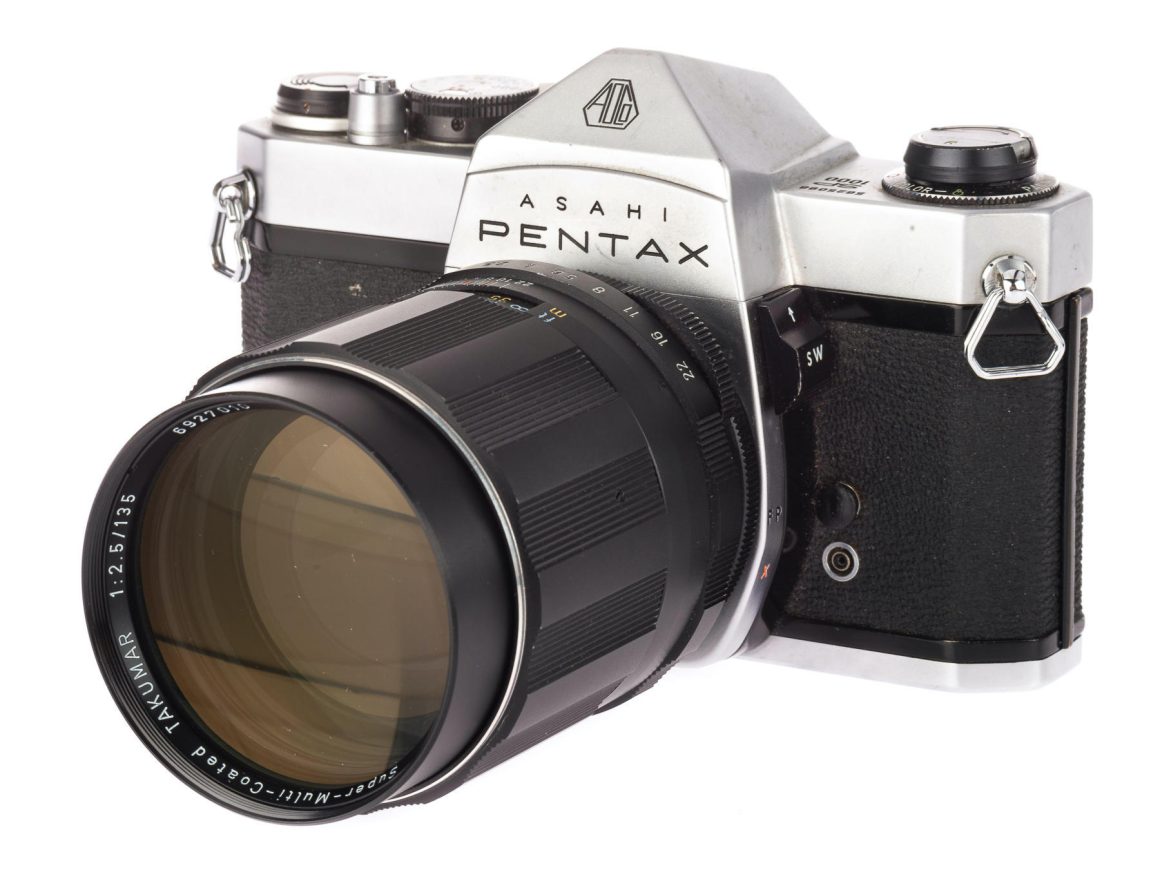 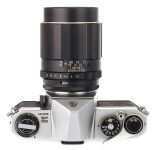 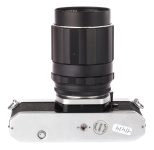 This is the Pentax SP 1000 - proudly taking its place in the world famous Pentax family whose name has become synonymous with design innovations and precision craftsmanship in 35mm single-lens-reflex cameras.

When the Pentax Spotmatic was first introduced at the 1960 Photokina, the world's largest photographic fair, in Cologne, Germany, it attracted the instant attention of photographers and photographic engineers alike. Though not available for purchase at the time, the Spotmatic immediately became the model with the advanced designs and innovative features that were later incorporated into many fine cameras - both Pentax and other makes.

Prior to the Spotmatic's appearance at the Photokina, the perfectionist engineers and technicians at Pentax had spent literally years developing it. And even after it had been introduced, four more years of painstaking research and experimentation were needed before the camera was completely ready. Finally, in late 1964, the Pentax Spotmatic reached the eager hands of professionals and serious amateur photographers around the world.

Like that early Spotmatic, Pentax SP 1000 is a computer camera. Its unique exposure meter - built into the camera - utilizes two highly sensitive Cadmium Sulphide sensors to accurately measure the light intensity as seen through the camera lens. By measuring the light coming through the lens (off the subject) and matching the meter needle as seen through the viewfinder, you are assured of properly exposed pictures with both special lenses and filters affixed to normal lenses. In addition, the SP 1000 gives you the super-fast shutter speed of a thousandth of a second. Plus complete compatibility with the entire line of SMC takumar lenses for the clearest, sharpest pictures possible.

SP 1000 may also be set manually, the same as any other high-quality 35mm camera, if special lighting or selective focus effects are desired. Just leave the exposure meter switch in the "OFF" position and select the correct f/stop and speed settings for the desired effect.

Despite the incorporation of many highly advanced features and the many internal improvements that have been developed over the years, the SP 1000 retains the traditional design and simple elegance associated with earlier Pentax models. Like every members of the Pentax family, the SP 1000 has a 42mm threaded lens mount that accepts any of the fine Takumar lenses - from the fish-eye 17mm to the super-telephoto 1000mm Takumar - giving a complete line of optics that will satisfy the demands of even the most critical professional. Moreover, the list of fine accessories is always growing - to meet your future photographic needs.

The weight and dimensions are indicated for the camera body with the SMC Takumar 55mm F/2 lens mounted.