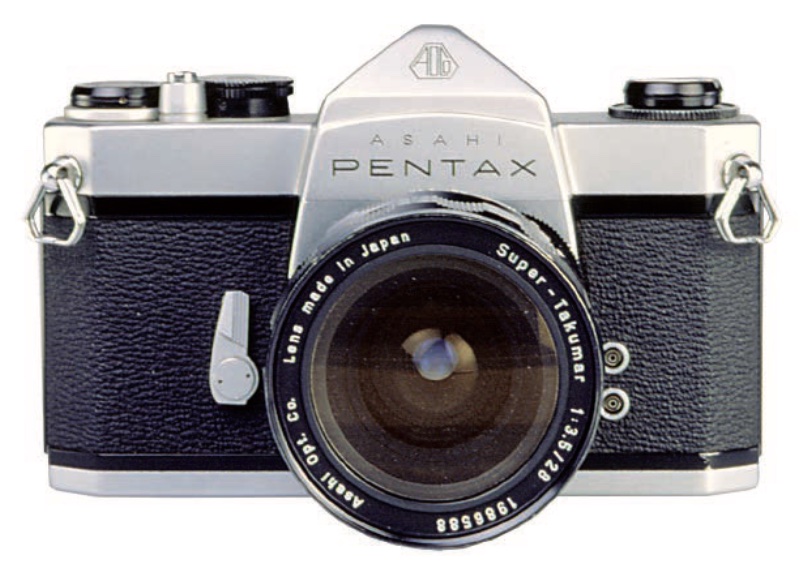 The Pentax SL camera is a special adaptation of the world famous Spotmatic.

When the Pentax Spotmatic was introduced to the public at the 1960 Photokina, the photographic world's fair in Cologne, Germany, it attracted immediate and keen attention. Not available for purchase at the time, it was a model of the advanced features and design that would be incorporated into cameras of the future.

Four years of extensive research, exhaustive experiments and intensive testing followed before it became available to serious amateur and professional photographers in late 1964.

The new Honeywell Pentax SL shares the same design and features of the Spotmatic except the behind-the-lens exposure meter. The SL camera has the same heavy-duty focal plane shutter, the same brilliant viewing system with central micro prism and instant return mirror in the same durable, light weight body as the Spotmatic.

Since the SL has no meter, it is the ideal camera for the photographer who wants the professional features of the Spotmatic, but prefers to use a separate exposure meter.

The traditional classic design and simple elegance associated with earlier models of the famous Pentax have been retained in the SL despite the incorporation of many highly advanced features. Meticulously constructed by master craftsmen, the Pentax cameras remain the standard of excellence and precision in the world of 35mm single-lens-reflex cameras.