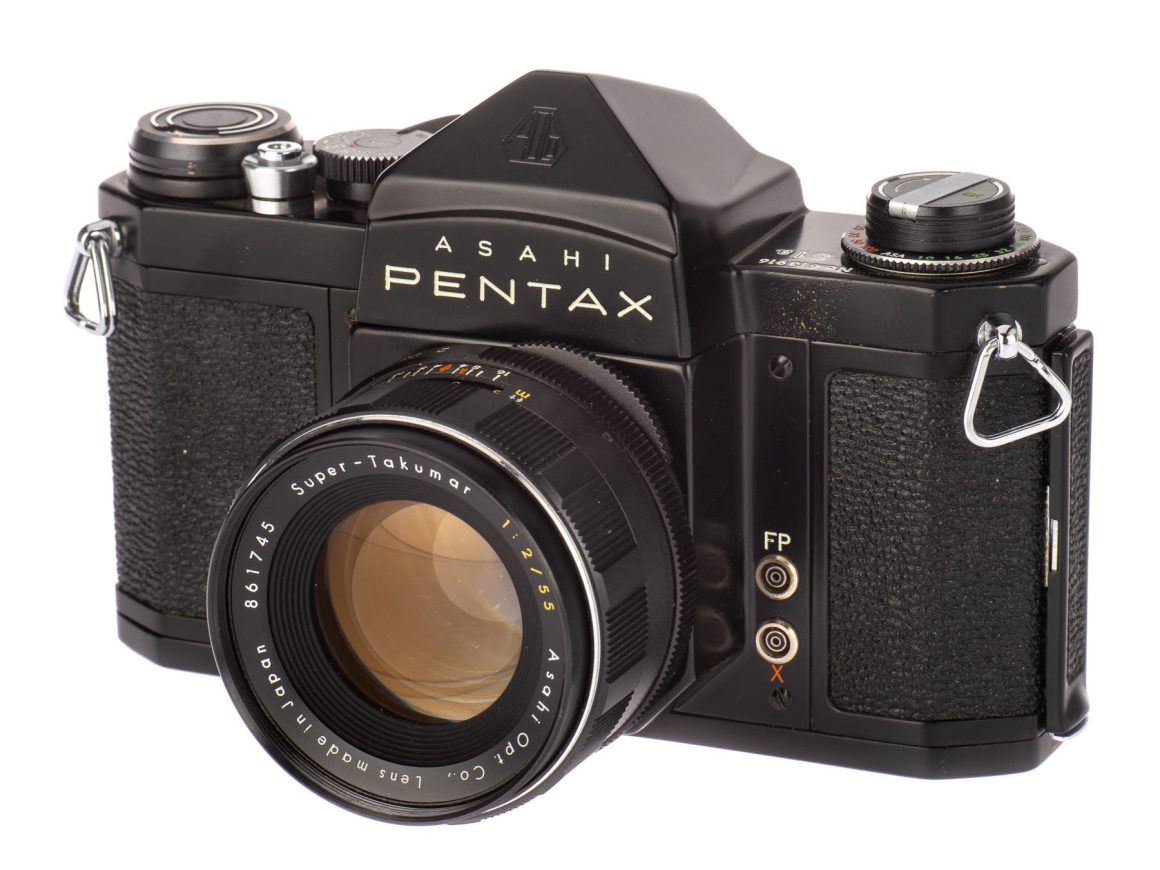 The standard lens of the S1a is a Super-Takumar 55mm f/2, and its top shutter speed is 1/500 second. Unlike the SV, the S1a has no self-timer. Otherwise, the operating parts of the SV are same as those of the S1a.

'COCKED' INDICATOR: When shutter is cocked, a red disc appears in a small window alongside the shutter speed dial.

LENS MOUNT: Threaded lens mount for interchangeable lenses. Adapter rings are available for use with Leica-type and Asahiflex lenses.