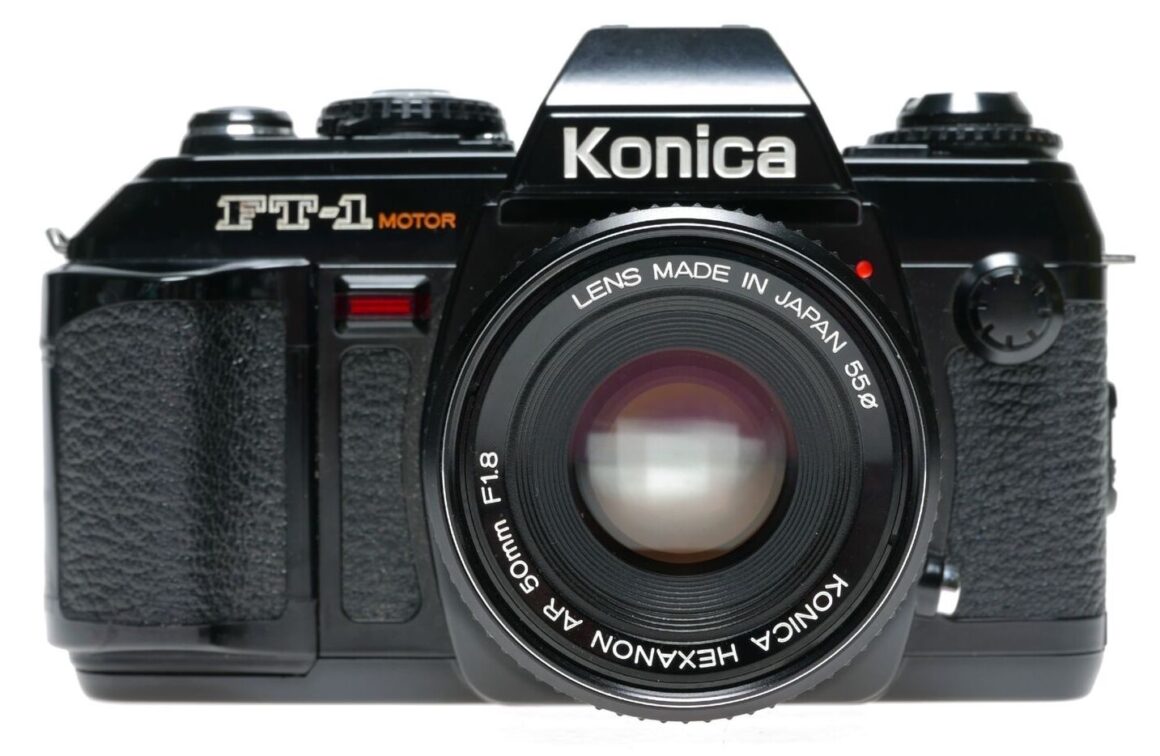 The Konica FT-1 Motor is the result of a combination of state of the art electronic technology with Konica's 100 plus years of camera design innovation. The FT-1 Motor combines numerous camera features pioneered by Konica like automatic loading, automatic winding, automatic exposure, and shutter priority into a sleek, lightweight SLR camera. Of course, the full range of Konica Hexanon lenses will fit the FT-1 Motor like they have fit all Konica SLR cameras since 1967. In addition, the FT-1 Motor is compatible with the complete line of electronic accessories developed specifically for the Konica F cameras, making the camera a versatile fun system instrument. The addition of an X-24 dedicated flash will complete your Konica FT-1 Motor camera outfit.

Self-timer: Digital-controlled self-timer with a duration of 10 sec. Operation indicated by LED. Self-timer action may be cancelled.

Main switch: Turns power source on and off and controls the AE lock.