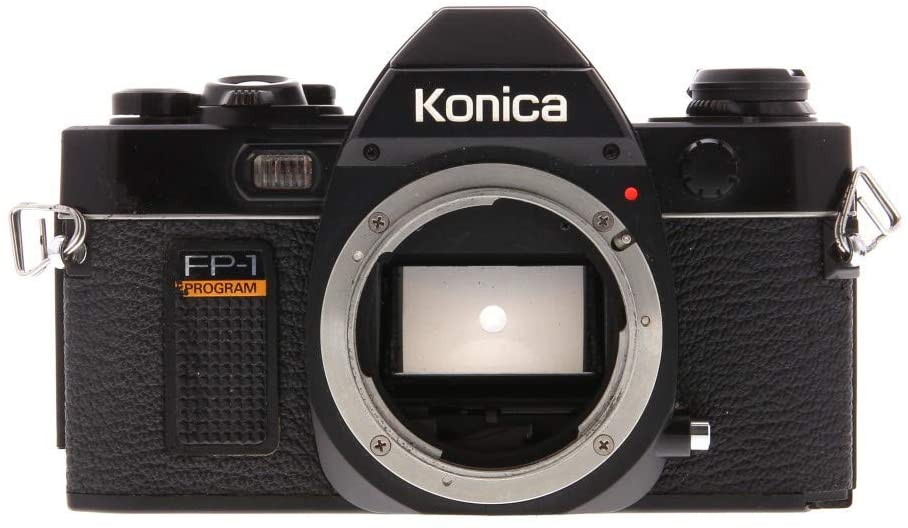 The Konica FP-1 is a programmed Automatic-Exposure (AE) Through-the-Lens (TTL) Single Reflex Lens Camera which automatically selects both the aperture and shutter speed at the instant the shutter is released. Due to the incorporation of various electronic components the Konica FP-1 is one of the easiest to use camera ever made.

The use of the optionally available Auto-Winder F converts the Konica FP-1 into an fully automatic loading and advancing camera. The availability of a vast array of lenses and accessories enables you to broaden your picture-taking range.

Viewfinder information: LED for aperture in use from f/2.8-f/11 advises correct exposure in AE photography. Lighting of green LED: Indication of the correct exposure. Lighting of red LED: Under exposure warning. Blinking of green LED: Indication for completed recharge of the electronic flash unit. Blinking of red LED: Manual indication.

Film wind: In an arc of 138 deg. with a lever on the camera top, automatic film wind with Auto Winder F.

Film counter: Positive type. Resets to start with opening of back cover.