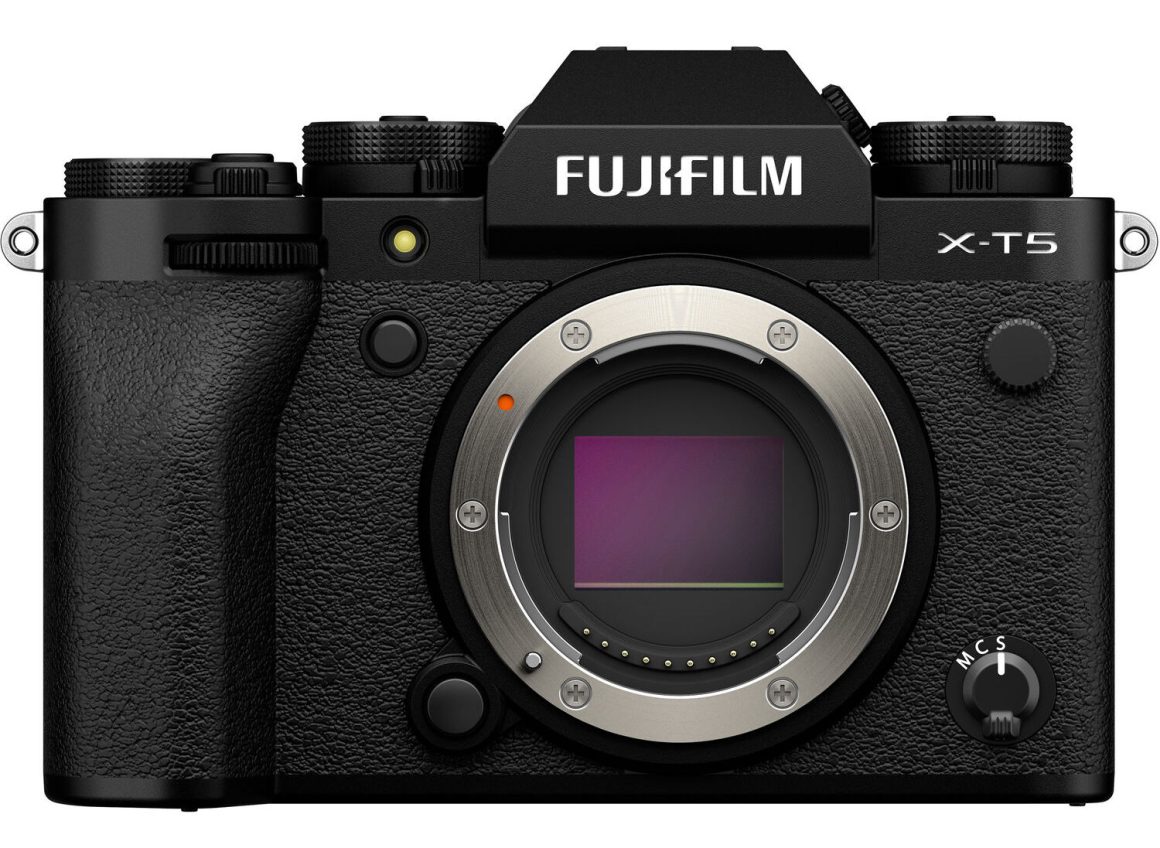 TOKYO, November 2, 2022 – FUJIFILM Corporation (President and CEO, Representative Director: Teiichi Goto) announces that it will launch of the mirrorless digital camera “FUJIFILM X-T5” (X-T5) sequentially after the middle of November, 2022. It is the latest addition to the X Series of mirrorless digital cameras known for their compact and lightweight body and superior image quality based on the company’s proprietary color reproduction technology.

X-T5 features the fifth-generation devices, i.e. the back-illuminated 40.2MP sensor “X-Trans™ CMOS 5 HR”*1 and the high-speed image processing engine “X-Processor 5.” Its superior image quality and high mobility make it a perfect choice for still photography. The compact camera body, weighing just 557g*2, is equipped with advanced features including the five-axis in-body image stabilization (IBIS) of up to 7.0 stops*3, as well as AI-based subject-detection AF and high-speed AF. Other features include three dials: ISO, shutter speed and exposure compensation, and three-way tilting LCD monitor delivering greater comfort in photo shooting. The X-T5 will be a perfect companion to cover a wide variety of photographic genres from snapshots / documentary photography, in which its portability is a major asset, to landscape photography and portraiture, which demands superior image quality.

The X-T5 also features the back-illuminated 40.2MP sensor “X-Trans™ CMOS 5 HR” and the high-speed image processing engine “X-Processor 5.” Superior image quality is made possible thanks to the Smooth Skin Effect, in which human skin tone is automatically re-touched, and AI-based high-precision auto white balance. The ability to use ISO125 as standard sensitivity and the high shutter speed of up to 1/180000 seconds provides diverse photographic expressions. The X-T5 boasts a compact body weighing approximately 557g, about 50g lighter than the previous model*4. Other features that facilitate high mobility include the five-axis IBIS of up to 7.0-stops, the AI-based subject detection AF for maintaining a focus on animals and birds, and high-speed AF to attain focus on a subject in as fast as 0.02 seconds.

The X-T5 inherits X-T Series’ signature Center Viewfinder style and dial operation. A 1.84-million-dot three-way tilting LCD monitor is equipped, which makes the shooting in vertical position or at waist level*5 more comfortable. Other features that add comfort to users’ experiences include the ability to record 10-bit 4:2:2 video at 6.2K/30P, the viewfinder magnification of 0.8x, 3.69-million-dot EVF and dual SD-card slots, catering to a wide range of user needs.

Fujifilm has taken the X Series into the fifth generation, introducing the X-H2S (in July this year) and the X-H2 (in September this year) featuring the new image sensor and the high-speed image processing engine. They are positioned as Fujifilm’s double-flagship models and marketed globally. By adding X-T5 which pursues high level of image quality and portability and is optimized for stills, the company continues to broaden the appeals of the X Series further.

*1 X-Trans is a trademark or registered trademark of FUJIFILM Corporation.

*2 Including battery and memory card.

*5 A shooting style in which the camera is held at waist.

(2) High-performance AF to accurately attain focus on the subject

*6 AF-S autofocuses on a subject when the shutter button is half-pressed, and keeps it locked once the focus is attained.

*7 AF-C continuously maintains focus on a subject within the focus area while the shutter button is half-pressed.

*8 An integrated monitor and recorder by ATOMOS.

*9 An integrated monitor and recorder by Blackmagic Design.

*10 Apple ProRes is a trademark of Apple Inc., registered in the United States and other countries.