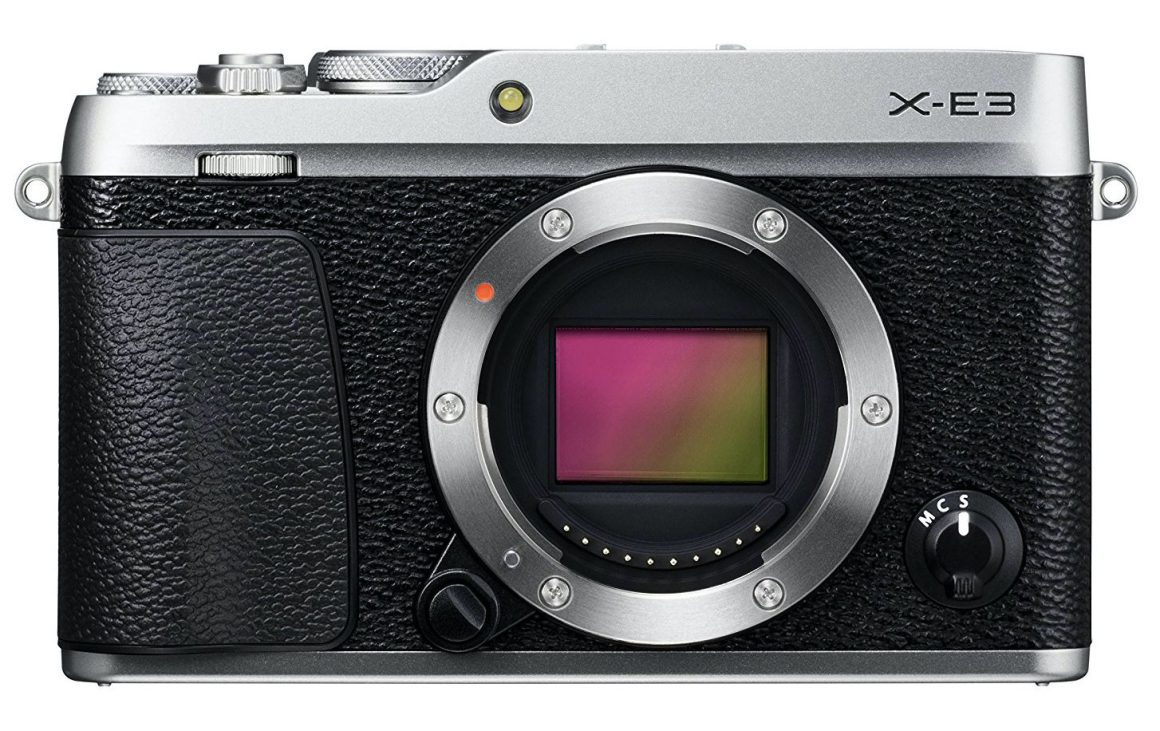 Also announced today is the new XF80mmF2.8 R LM OIS WR Macro Lens, the first 1.0x magnification mid-telephoto macro lens in the X Series lineup of interchangeable lenses. The lens features a focal length equivalent to 122mm (in the 35mm format) and a maximum aperture of F2.8 for beautiful bokeh.

The FUJIFILM X-E3 features a large phase detection autofocus (AF) area and provides photographers with enhanced tracking performance for moving subjects. Equipped with a newly developed image recognition algorithm, the X-E3 is able to track moving subjects half the size, or moving twice as fast as previous models.

The compact and lightweight X-E3 is perfect for quick snapshots, boasting high-speed response times including a start-up time of just 0.4 seconds, shooting interval of 0.25 seconds, shutter time lag of 0.05 seconds and autofocus speed as fast as 0.06 seconds.

The X-E3 is the first X Series model to feature Bluetooth® low energy wireless communication. Providing photographers with enhanced connectivity, this feature offers the ability to pair the camera with a smartphone or tablet for easy transfer of pictures via the free FUJIFILM Camera Remote application.

The X-E3 features a high-resolution 3.0 inch 1.04M-dot static touchscreen LCD monitor to provide users with easy, intuitive operations in a variety of shooting and playback modes. When shooting with the X-E3, the touchscreen can be used to select the focus area, or focus on a specific point before taking a picture. For playback, users can enjoy the ability to swipe or scroll through images, double-tap to enlarge, drag an image once enlarged, along with pinch-out and pinch-in sizing. A new Touch Function feature will also be available on the X-E3, enabling users to create customized camera functions by swiping left, right, up and down on the touchscreen panel.

Ultra-Compact and Lightweight Body for Portability and Practicality

Making it the perfect companion for everyday shooting and travel photography, the new FUJIFILM X-E3 is the most compact and lightweight model with a viewfinder within the X Series interchangeable lens camera range. The X-E3 also features a Focus Lever positioned on the rear side of the camera that allows photographers to use joystick-type operations in eight directions to easily select a focus area.

The top plate features two precision-milled aluminum dials, giving the camera a premium feel and allowing users to easily adjust the shutter speed and exposure compensation while maintaining focus on taking a picture. The Exposure Compensation Dial now has the C position for exposure compensation up to ±5 stops. The new X-E3 is also equipped with an Auto mode selector lever for selecting the fully-automatic Advanced SR Auto mode where the camera can automatically select the optimum settings for a given scene.