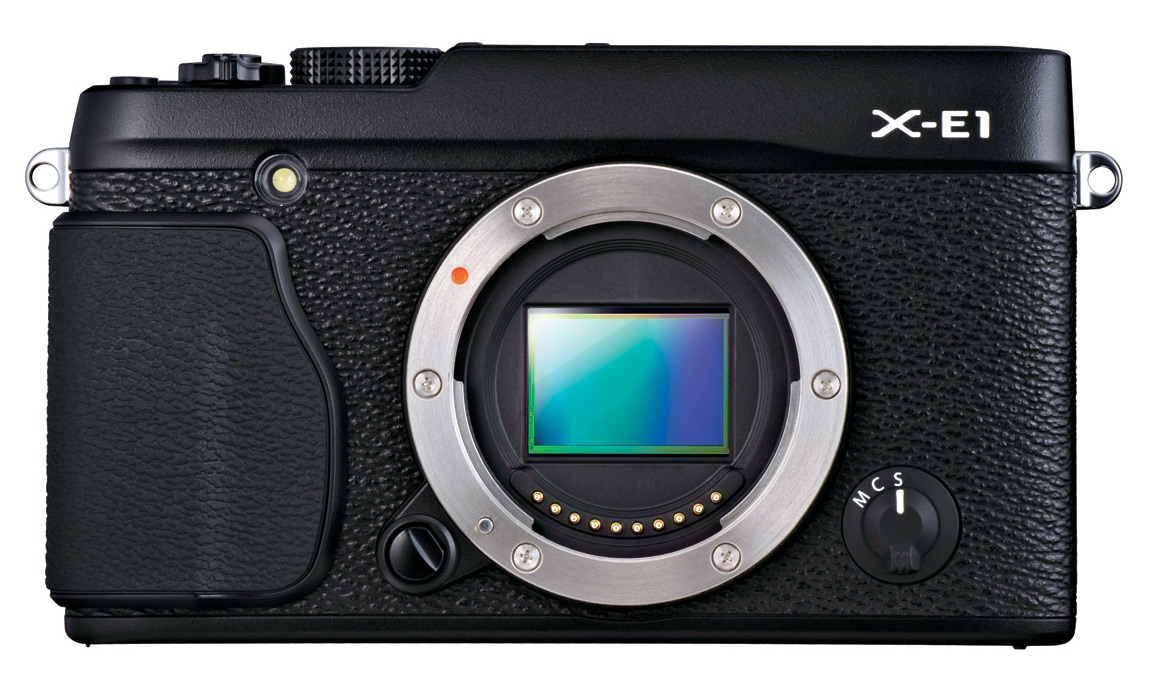 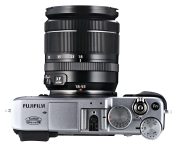 Valhalla, N.Y., September 6, 2012 – FUJIFILM North America Corporation is proud to introduce its second compact system camera of this year - the FUJIFILM X-E1 - a premium interchangeable lens camera system that truly exemplifies the high quality and extraordinary image resolution that the X-Series is known for among professional photographers.

The FUJIFILM X-E1 follows in the tradition of the award-winning FUJIFILM X-Pro1 and utilizes the same proprietary 16.3 Megapixel APS-C X-Trans CMOS sensorTM and the same X-Mount for use with FUJINON XF lenses, all in a body that is 30% smaller than the FUJIFILM X-Pro1.

With its compact, travel-friendly size, the X-E1 promises to be an exciting addition to the FUJIFILM X-Series. It will be available in two classic designs: a two-tone black and silver, and a solid black. Both versions of the X-E1 will also ship as kits with the XF18mm-55mm (27-84mm) F2.8-4 lens in November 2012.

“It’s an exciting day for Fujifilm as we launch our second premium interchangeable lens digital camera this year, the FUJIFILM X-E1, and two extraordinary new XF lenses” said Go Miyazaki, president and chief operating officer, FUJIFILM North America Corporation. “The X-Series has thrilled photographers around the world with its exceptional image quality and stunning design, and the new X-E1 promises to continue that tradition with a slightly smaller body and all of the attention to detail that is the hallmark of FUJIFILM X-Series digital cameras.”

Fujifilm’s advanced X-Trans CMOS sensor is capable of delivering resolution that is superior to other APS-C sensors, and equal to even some full frame sensors found in popular DSLR cameras.

The FUJIFILM X-E1’s unique color filter array can effectively minimize moiré and false color without the need for an optical low pass filter. This makes it possible for the camera to maximize its extremely high resolution, and to capture each photograph with accuracy and clarity across the whole image.

Specifically designed to take advantage of the camera’s mirrorless design, the X-Mount has a short flange back distance of just 17.7mm made possible by designing the mount ring as thin as 2.5mm. This means the rear lens elements are as close as possible to the sensor, reducing the back focus distance of each lens to the minimum possible, thus achieving high resolution from edge to edge. And when fitted with a FUJIFILM M Mount Adapter, the X-E1 can use a wide variety of M lenses to broaden the scope of your photography.

The FUJIFILM X-E1 camera comes equipped with a high definition, high luminance OLED electronic viewfinder with a resolution of 2.36 million dots that is one of the highest resolutions available on an EVF-equipped digital camera today(1). The natural, bright viewfinder offers a horizontal field of view of 25-degrees, allowing users to scan the entire scene quickly and easily.

Made in Japan, the X-E1 exudes precision, elegance and premium quality that can be seen from each of its components. The top and front covers are made from die-cast magnesium for a solid, yet functional design. At roughly the same size as the FUJIFILM X100, the X-E1 is refreshingly compact and lightweight (12.35oz(2)). Featuring a rubber grip for additional stability, and with the X-Mount positioned centrally on the camera, the X-E1 is perfectly-balanced.

In addition, advanced digital processing in the X-E1 enables multiple exposures, giving photographers the ability to take two shots while visually checking the finished image, either in the viewfinder or LCD screen.