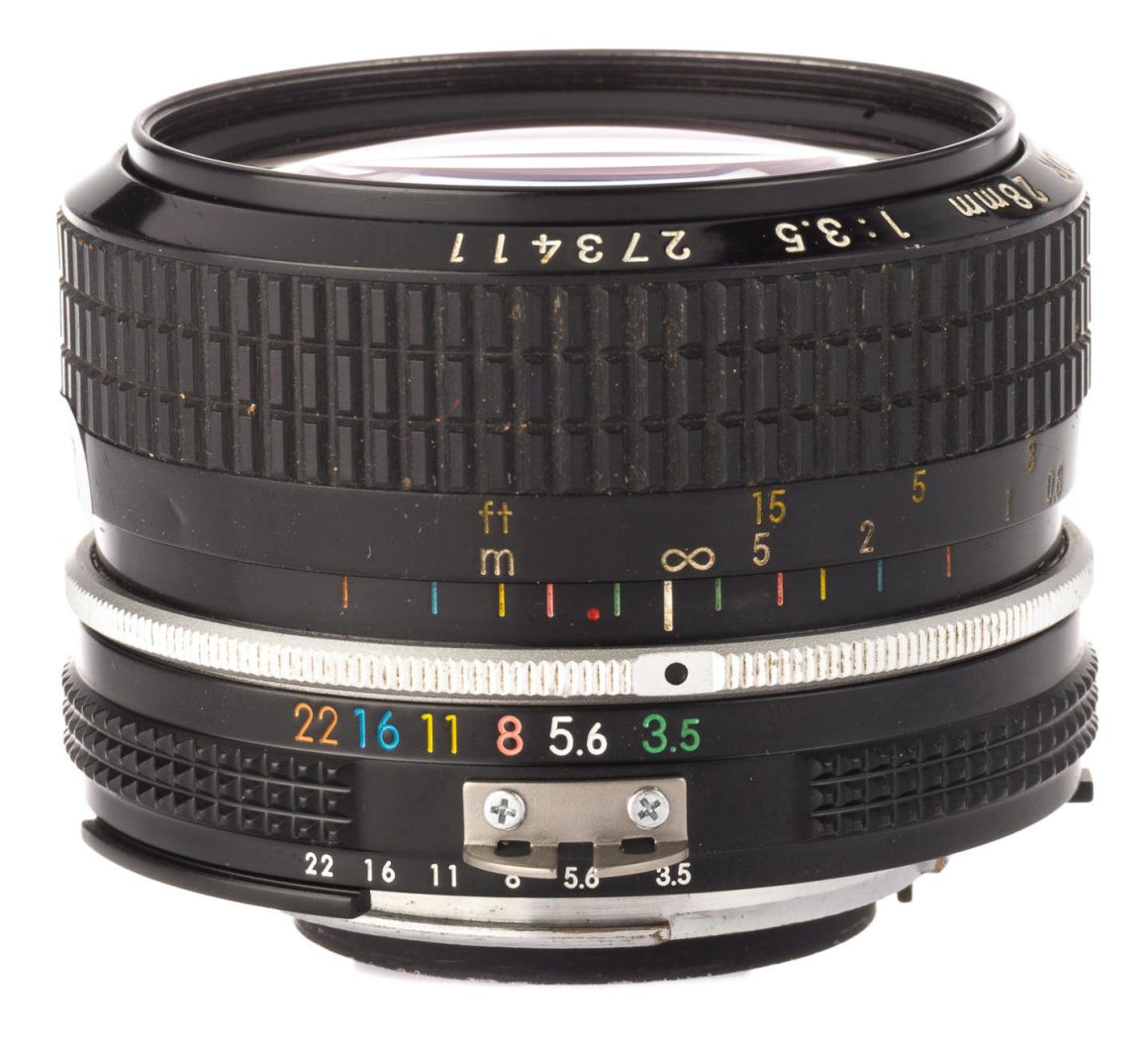 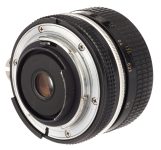 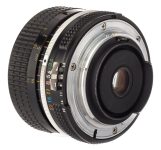 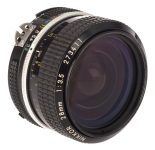 Alternatives in the Nikon F system

Offer optical performance similar to AI Nikkors but do not incorporate the automatic maximum-aperture indexing (AI) and Aperture Direct Reading (ADR) features. They are used with stopdown exposure measurement on Nikon cameras (more →)

Offer optical performance similar to AI Nikkors but do not incorporate the automatic maximum-aperture indexing (AI) and Aperture Direct Reading (ADR) features. They are used with stopdown exposure measurement on Nikon cameras. However, most Auto-Nikkors equipped with meter-coupling shoe can be converted to AI operation and full-aperture metering.

Diaphragms - automatic, preset, or manual - of non-AI and AI lens types function in an identical manner with all Nikon-system cameras.

The very first lenses for the Nikon F and the Nikkormat FT/FTN belong to the A-type and can be distinguished by the fact that no screw heads are visible on the lens bayonet ring, and the distance scale was only marked in meters. Later A-type lenses have screw heads protruding through the lens bayonet and a distance scale in both meters and feet. All A-type lenses have a chrome finished filter ring and the designation was engraved with the name "Nikkor", the maximum aperture, and the focal length. Early A-types have the focal length shown in centimeters, whilst on later lenses it is given in millimeters. Lenses having "Auto" are equipped with automatic diaphragms which are coupled directly to the shutter release and mirror action mechanisms.

Several of these lenses were modified by the addition of multi-coating to their glass elements to become C-types.

The code letter after the "Nikkor" engraving is indicative of the number of elements in each lens. The letters are from Latin or Greek: U for 1 element (Uns),B for 2 elements (Bini), T for 3 elements (Tres), Q for 4 elements (Quatuor), P for 5 elements (Pente), H for 6 elements (Hex), S for 7 elements (Septem), O for 8 elements (Octo), N for 9 elements (Novem), D for 10 elements (Decem).

Thus, the Nikkor-P Auto 105mm lens is constructed with five lens elements, and the Nikkor-UD Auto consists of eleven elements.

The C-type Nikkors resemble the A-versions, but some or all of their glass elements are multi-coated. Slight cosmetic changes also differentiate the C-type lenses, which have a black finish to their filter ring with the additional "C" after the code letter for the number of elements. The C-types were introduced from 1967 and remained in production into the early 1970s.

Most K-type lenses were fitted with a rubber covered focusing ring, which makes them instantly recognizable from their predecessors. Their depth-of-field rings were usually finished in black, but otherwise their internal construction was the same as the C-types. During 1977, after a relatively short time in production, the K-types were replaced by the AI Nikkors.