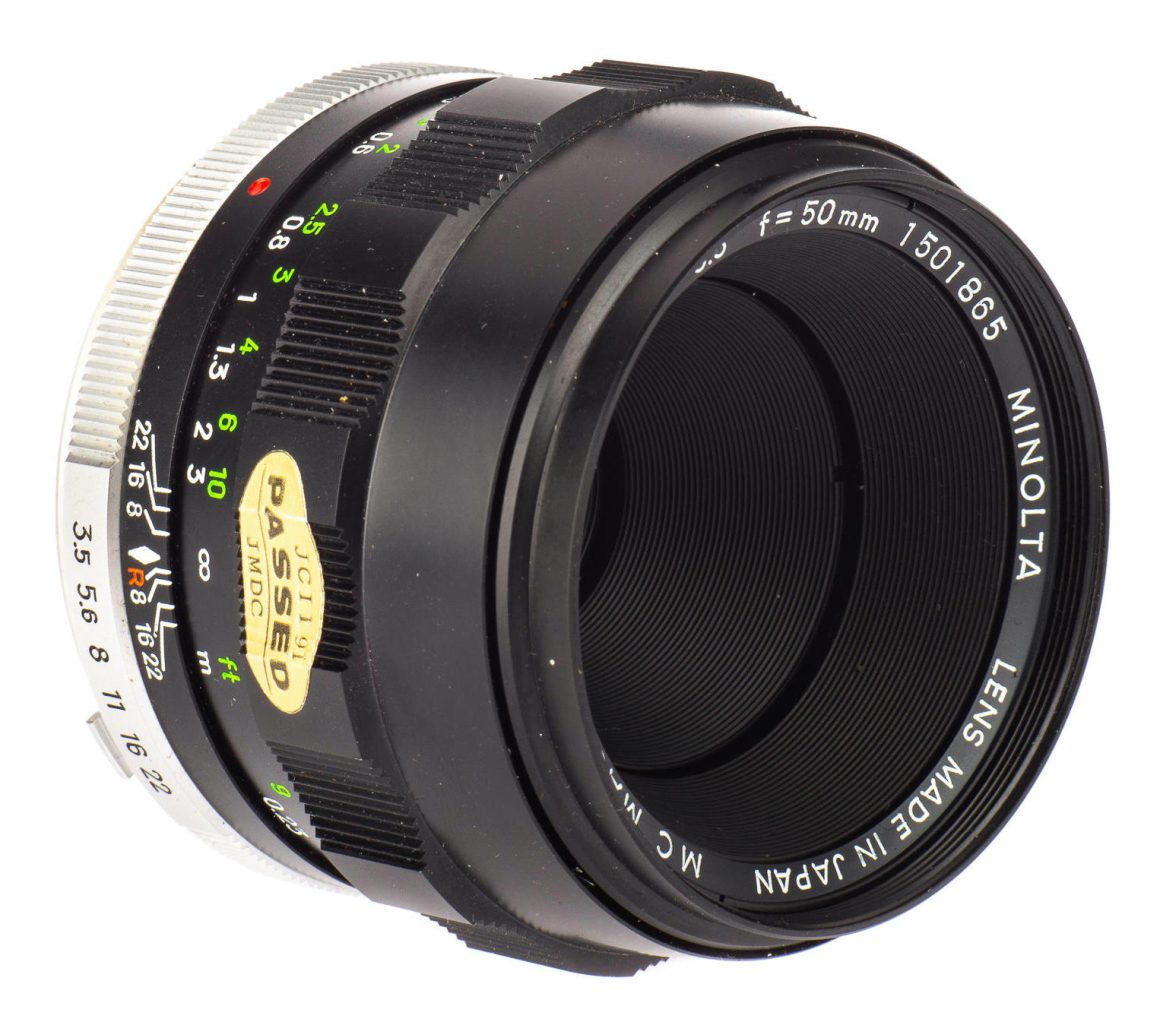 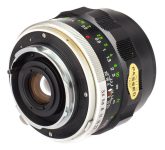 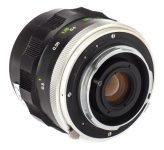 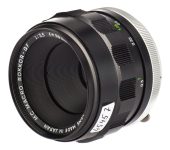 The ultimate in Minolta's close-up system is the MC Macro Rokkor 50mm f/3.5 lens. Its automatic diaphragm couples to the metering system of the Minolta SR-T 101 and stays at maximum aperture except during exposure. So you can compose, focus, set shutter speed and aperture with the viewfinder at full brightness. Compensation for exposure is automatic, and magnification ratios and exposure factors appear automatically on the lens barrel as you focus. And the MC Macro Rokkor is perfect for normal shooting, too, because it focuses from 9 inches to infinity and has a 45° angle of view.

Macro Rokkor 50mm f/3.5 is specifically designed for extreme close-up photography. The fourth and fifth elements in its six element construction are made of a new type of optical glass, resulting in an absolute minimum of spherical and chromatic aberration. It is one of the sharpest lenses ever made and will resolve 100 lines per mm.

In macrophotography, the lens is extended much further than usual to get closer to the subject. As a result, the distance between lens and film plane increases and, when magnification ratios are larger than 1:8, an adjustment must be made in exposure. (The term "magnification ratio" simply indicates the direct relationship between image size and subject size. A 1:1 magnification ratio indicates that the dimension of the image on the film is identical to that of the actual subject. A 2:1 ratio would indicate that image size is twice that of the subject.)

These complex and time-consuming calculations are completely eliminated with the Macro Rokkor lens. Engraved on the lens barrel is all the information needed to properly adjust exposure for macrophotography.

When used with the Minolta SR-T 101, the Macro Rokkor need only be focused on the subject through the reflex viewing system, with the resulting magnification ratio appearing as an engraved number on the lens barrel. Or you may set the desired magnification ratio first and move the camera accordingly to obtain proper focus. Once focused, the Macro Rokkor functions as a manual pre-set lens in conjunction with the through-the-lens exposure system of the Minolta SR-T 101. All adjustment for exposure, regardless of magnification ratio, is completely automatic, since exposure readings are taken through the lens.

When bayonetted into the camera along with its SR mount adaptor, the Macro Rokkor will allow you to come close enough to take pictures 1/2 life-size. Greater magnification can be obtained, up to 1:1, by fitting the intermediate ring between the lens and the camera.

When used with the 1:1 intermediate ring, the lens automatically locks in an upside-down position, exposing a second scale for this magnification range. The effective aperture of the lens changes from f/3.5 to f/4.8.

When extreme magnifications must be made, the lens is reversed and attached by a special threaded ring to the Minolta Extension Bellows. When used this way, the Macro Rokkor permits enlargements up ' to five times the normal subject size. An exposure conversion table is supplied for this particular application since the lens is focused by using the bellows.

The operating ease and versatility of the Macro Rokkor, combined with its superior optical performance, makes this lens an extremely valuable tool for the serious photographer. In addition, because of its extreme sharpness and unusually flat field, the Macro Rokkor has gained wide acceptance as an enlarging lens.

Genres or subjects of photography (7):

Alternatives in the Minolta SR system